More than ten white willow trees are going to make their grand appearance in the Klagenfurt Wörthersee Stadium in September and October 2019. Hand-picked by famous landscape architect Enzo Enea, the trees will find their place amongst more than 270 others, as part of the authentic forest created by “FOR FOREST - The Unending Attraction of Nature” by Klaus Littmann. Usually found in park landscapes or growing alongside rivers, white willows are home to many animals, as well as being a favourite to beavers. Unfortunately, the number of white willows has been declining considerably.

The white willow tree is native to Europe, excluding Scandinavia, as well as to North Africa and all the way east into Central Asia. In Central Europe, it is found anywhere from the lowlands to somewhat mountainous situations, growing best in floodplain, alluvial forests, oxbow lakes, or by riversides, streams and lakes. As a pioneer plant, it often populates trenches and old quarries, and is also used to form windbreaks, to revegetate waste dumps and to recultivate cropland, seeing as it can improve soils.

Protection from Flooding and Erosion

The most mighty specimens of white willow often grow in the floodplains of large rivers. Their populations depend upon regular flooding, whilst at the same contributing to the mitigation of flooding and stabilising the bank with their wide root systems, providing protection from land erosion.

The heartwood of the white willow tree is not protected from rot by tannins, unlike many other species are, which means it wears away quickly. This is why, often, old willow trees are visibly hollow inside. The hollows inside these trees provide homes to animals, or accumulate humus and become a growing space for other plants. Beavers tend to build their dams near willow trees and use these as a source of food. Due to the loss of suitable habitat, white willow populations are diminishing substantially. 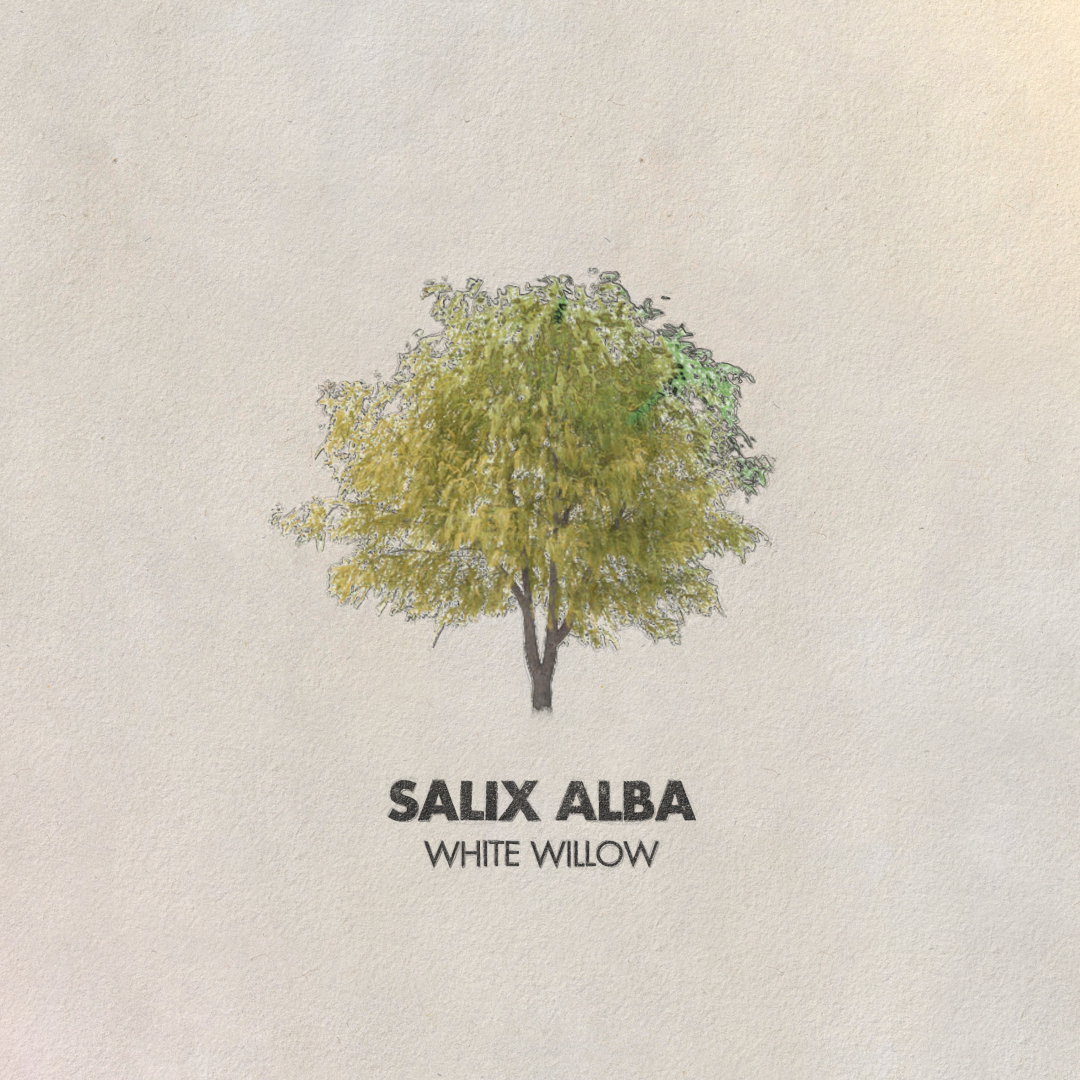 Useful in Many Ways: Weaving, Cricket Bats, Effective Against Gout

In the past, branches of the white willow were used as weaving material. Besides this, the silvery wood is often used to make cricket bats, prostheses and wooden shoes, although it is just as suitable as firewood and is also used in the paper industry. Its bark contains the analgesic, antipyretic salicin: in the 12th century, Hildegard von Bingen recommended willow bark tea to treat fevers, gout and articular rheumatism. Later, in the 17th century, it began to be used to make medicine to fight gout and rheumatism. White willow is now used as an ingredient in hair care products, to prevent yellowing in older, grey or bleached hair.

Flowering period: April to May